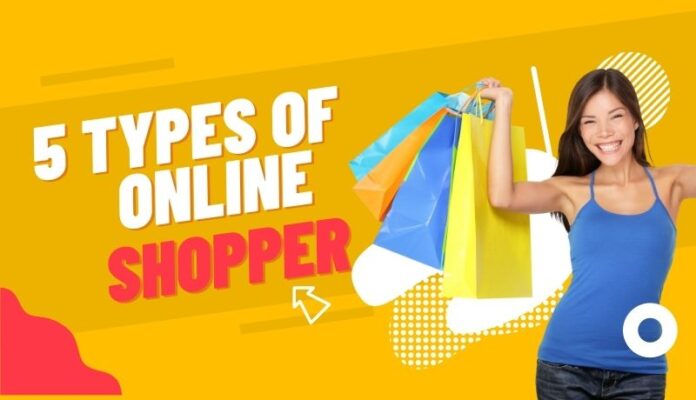 Can you spend hours and hours roaming around the local stores and malls or even surf around various websites looking for products and various deals & offers on it? Or are you one of those people who just can’t get enough of shopping? Or someone who just doesn’t like the whole process and the whole shopping concept gives you a headache?

As we all know, shopping has become an integral part of our lives and no matter how you feel about it, you just cannot ignore it! You will have to shop at some point of time. But even though shopping might seem like a simple enough task where all you’ve to do is go to a store, pick out something you like, and buy it. But is it as easy as it is said to be? Not really. They don’t call it retail therapy for nothing and here we witness different types of shoppers. As you walk through the stores, you might witness different types of shoppers through their shopping style. Today, I’ll try to shed some light on the different kinds of shoppers I’ve witnessed while I roam around these stores aimlessly.

These type of people know what they want but they are not ready to spend worthlessly on anything. For them, satisfaction is the key and they are not satisfied completely until they don’t get exact thing they planned for. To find the best product for themselves, they will do rigorous research for the best products, deals & offers on it and for coupons. This research might be for something as minor as clothing or as major as electronics and might last from a few hours to even several weeks.

These researchers would buy only when they are completely satisfied with the product and have researched to the last point, after which they can make a well-informed decision which would be enough for smart buying.

They’re opposite to impulsive buyers. These are the kind of shoppers who would be only seen in a store when they need something. So, they can also be called need-based shoppers. These guest shoppers won’t be seen too frequently. They have a specific purpose in mind as they are only looking for the products they need, and everything else is secondary for them.

When these shoppers enter a store, they have only one thing in mind and they’d probably go directly to the item or items of need and they won’t get carried away with bargain items.

This segment of clientele is the most favorable one. They are the ones who would spread the word to others about joys of shopping whenever they have the opportunity and represent an ideal target for retailers. These are the kind that would look at a product and think of multiple ways to use them. They would have a cupboard filled with stock of products they still haven’t used.

These compulsive buyers shop when they are happy, sad, angry or whatever their mood is and for them shopping is the solution to everything. There might be a possibility that their email is filled with ecommerce notifications.

This buyer is like someone on a mission. This person is always looking for a better deal. For them coupons, discounts, online codes and store sales are the key while they shop. The Bargain Shopper hunts down deals with the same intensity as the raccoon hunting down a trashcan. This type of a buyer would often value the deal more than the product itself. The offers are so important to them that they may purchase a product that they don’t really want or need, just because “the deal was too good to pass.”These buyers are pro at bargaining and words like coupons, cashback, deals and offers are the only things they want to hear while shopping. Sale for them is like honey for bees, they just can’t resist.

These are the ones who would pick just one store where they will buy anything, and almost everything from the same one store. They might even have different discount cards and membership cards for the same store and might be most valued one. They enter the store and everybody greets them, take extra care of then and obviously, gives extra attention to them.

When they enter that store, they’re greeted like a celebrity. And to top it all, everyone knows their name.